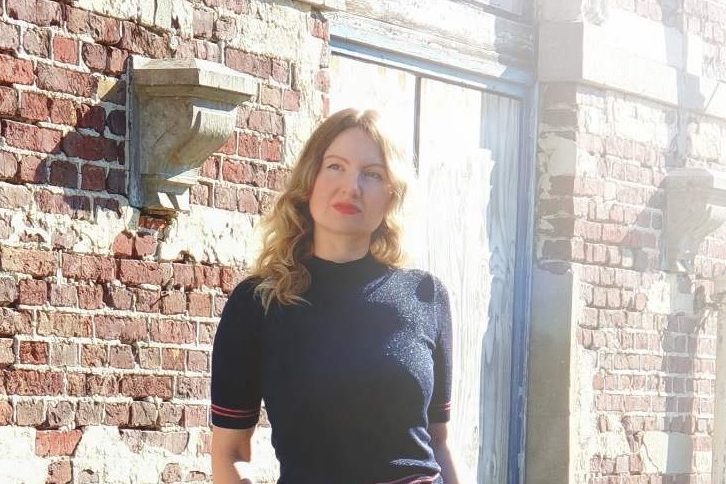 Hello, I am Marta Barandiy and this is my new program Dilemmas of Conscience

We will start with the most difficult and urgent dilemma today: life against life – whether one can sacrifice one life to save another.

In a pandemic situation where there is a preventive medication that can save lives, States have an obligation to ensure that everyone has an access to the vaccine.

States are obliged to set up a motivational information campaign, but can this campaign turn into a repressive one?

There are not enough vaccines in Ukraine to make covid vaccination mandatory. In the European Union, the situation with the supply of vaccines is somewhat better, but at the same time there is a question of indirect pressure on the population to get vaccinated as soon as possible.

The initiative of national governments and the European Commission to introduce a vaccination passport is a tool for such pressure.

The initial initiative of the European Commission stipulates that a vaccination passport or digital green certificate is a digital document that serves as proof of vaccination, a negative test result or recent recovery.

It is planned to be used both for travel abroad and for the restoration of fundamental human rights and freedoms that were frozen during the last year.

At the same time, the European Parliament received thousands of letters from human rights organizations calling for the rejection of the idea of ​​a vaccination passport. Then, on April 29, MEPs changed the name of the document and softened its use. if the governments of the member states agree with the European Parliament, the “covid-19 certificate” will be introduced.

Deputies also set conditions for governments: tests should be either free of charge or very cheap. The certificate can be in both digital and paper form, and the system must be withdrawn from circulation after 12 months.

The European Parliament has made sure that people decide for themselves whether to protect themselves with the vaccine in advance or to check every time whether they are healthy.

Ultimately, this decision will be taken by the Member States. But in some other countries, people face fines or social exclusion for refusing to be vaccinated with anti-covid vaccines. Such countries include Indonesia, Israel, Singapore and Brazil. Moreover, pressure is exerted not only by governments but also by public opinion. Today, we often hear from anti-vaxxers the vaccine can harm.

In 2009, a swine flu vaccine called Pandemrix was taken by 30 million Europeans. At the same time, the vaccine caused irreparable damage to the health of one and a half thousand children. Research has shown that the vaccine causes incurable narcolepsy in children and adolescents.

On April 7, 2021. The European Medicines Agency has recognized that Astrazenek’s anticancer vaccine in very rare cases can cause blood clots and lead to serious consequences.

So the fears of anti-vaccinators are real, and governments recognize the danger. This is evidenced by programs to compensate for damage caused by the vaccine. Children who suffered from Pandemrix in 2009 were compensated in some countries. This year, the WHO also launched the first-ever international compensation program in frames of Covax.

In a situation of access to vaccines, freedom of choice and freedom of information, there is a greater chance that a person will agree to vaccination.

Finally, the establishment of compensation mechanisms and communication about the responsibility of the state for the negative consequences of vaccination can also promote public confidence in vaccination, which in turn will protect both the individual and his environment.

On March 31, 2021, the Cabinet of Ministers of Ukraine issued a Resolution on the payment of compensation for damage caused by the cod vaccine. Payment is made once in the amount of 400 times to 750 times the subsistence level, depending on the situation.

But knowing that vaccination can lead to disability and death, some people refuse it, regardless of whether there is compensation or not.

It is now known that the risk of death from covid for some categories of people is higher than the risk of serious consequences from the vaccine. But shouldn’t everyone decide for themselves which risk is greater – in their particular case?

Proponents of vaccinations have counterarguments to this, one of which is the need for solidarity from everyone in society, and that even if there is a chance of getting sick or dying from the vaccine, it is too small to avoid an act of solidarity.

On April 8, 2021, the European Court of Human Rights in Vavrichka v. The Czech Republic ruled that states could introduce compulsory vaccinations for children with the consequences of non-compliance, such as fines or non-admission to preschools. Important: This decision applies to vaccinations against diseases that are well known in medical science.

The court ruled, “The issue of vaccination is not limited to the prospects of those who do not agree with vaccination, but encompasses the VALUE OF SOCIAL SOLIDARITY, which aims to protect the health of all members of society, especially those who are vulnerable and for whom the rest of the population is taken. MINIMUM RISK in the form of vaccination “.

At the same time, the Czech government noted that the severe consequences of vaccination are extremely rare – “only” 5 children per 100,000.

So, can the state sacrifice some lives for others? Someone can answer “affirmative”, but for most of us it is a dilemma.

Let’s draw an analogy. Imagine a completely different situation: A civilian plane with a hundred passengers, including children, is hijacked by a suicide bomber and sent to a stadium with 70,000 spectators. You are a state that has a duty to protect the lives of innocent people. You have 2 minutes to make a decision.

The second option: do not kill the innocent on board, and take the risk of refraining from actions that could protect 70 thousand of innocent in the stadium. 100 people against 70 thousand. Your decision?

This question was faced by German, Austrian and Swiss viewers of the film “Terror – your sentence” in 2016. The film is about the trial of a major of the armed forces, who fired a rocket into a plane that was hijacked by a terrorist and headed to the stadium. He was faced with the dilemma of being punished for killing passengers or for failing to protect the stadium’s spectators. The pilot decided to save the lives of 70 thousand. All passengers of the plane died. Then two facts were added to the case. First, there was no attempt by the state to evacuate the stadium, which meant state inaction. Using this milder method would prevent the plane from being destroyed by a major. And second, just before the rocket hit the plane, the passengers tried to reach the cockpit and gain control of the plane. Which meant that the terrorist still had little chance of reaching the stadium.

As a result, the major is accused of murder. Viewers must decide by their vote whether to release the virtual major from responsibility or condemn him.

The film was followed by a poll of viewers – 86.9 per cent voted to release him from responsibility.

Interestingly, the same question actually arose – before the Constitutional Court of Germany 15 years ago. The applicants lodged a complaint against the Law, which allowed the downing of a passenger plane seized by a terrorist and sent to a residential area of ​​the city. And the Court ruled quite the opposite. You can’t shoot down the plane.

The legislator’s and the government’s arguments were based on the fact that the quantity of the passengers was smaller than that of potential victims in the lively area of a city, and they had a few minutes left to live. And the other ones can still be saved.

The applicants’ arguments were based on the fact that the value of life is not measured by quantity. The Court explained its decision in favor of the applicants by saying that the State had no right to objectify the people on board of the aircraft as a weapon to be destroyed. Because these people have dignity, and the state has no right to take it away by objectification.

86.9 per cent of viewers in Germany, Austria and Switzerland were ready to sacrifice some lives for the sake of the others. Just like the judges. And this despite the fact that judges have legal, ethical and even philosophical arguments.

And the fact that those who are willing to sacrifice some lives for the sake of the others – are the majority – does not mean that this is right thing to do, at least from a legal point of view.

And the fact that the court does not decide as the majority wants does not mean that it is the right decision, at least from a moral point of view. As we can see, in the dilemma of “life against life” there is no right solution.

I will return to the vaccination campaign. Today we are experiencing the same discussion, only in a different dimension. Only here there is no survey of the population regarding acts of solidarity or sacrifice. Only posts, comments and likes indicate that everyone has decided for themselves. And it is on the conscience of each of us to make sure that this decision is informed.

Inform yourself. Check whether the state “evacuated the stadium”, to make sure that there is no need to sacrifice one for another. It was Marta Barandiy and Dilemmas of Conscience. Let everyone sleep with their own. 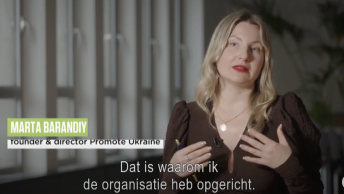 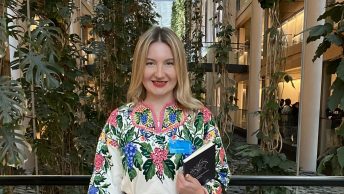 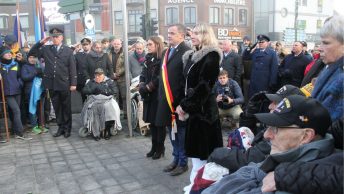 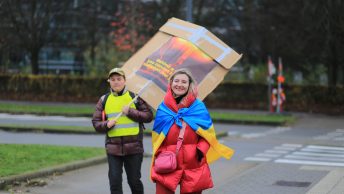 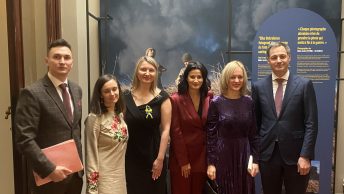 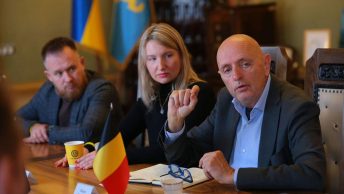